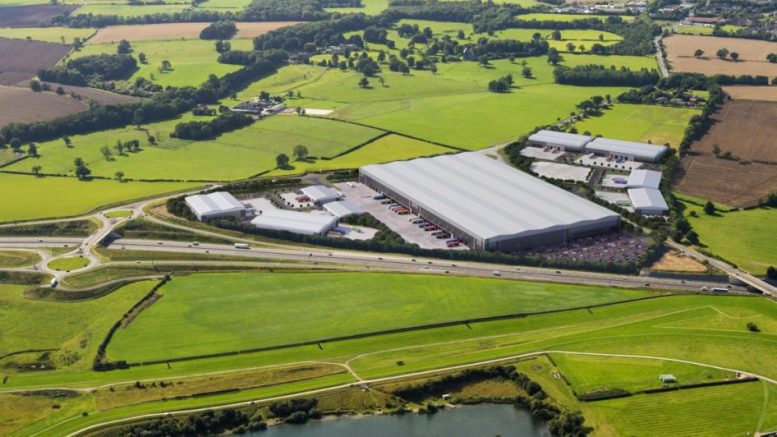 A contentious scheme to build an expansive industrial hub across top quality farmland beside the A1(M) has been approved after councillors were told it would create more than 1,000 jobs and be best placed to avoid exacerbating congestion issues.

After Richmondshire District Council’s planning committee unanimously passed Eshton Castlevale’s scheme for a 52-acre business park off the motorway’s junction 52 at Catterick, the firm announced the £100m development would lead to the creation of more than 1,250 jobs in the area.

The authority’s leader, Councillor Angie Dale, said: “This exciting new development on a key site for Richmondshire will bring much needed jobs and a massive economic boost to the district as a whole. We look forward to working with the developers to see this scheme come to fruition.”

Just two residents spoke against the application at the meeting, as concerns were raised over the large scale of the development, alongside suggestions it would be best sited with similar developments at Scotch Corner.

Ahead of the meeting numerous residents and groups such as Catterick Parish Council and Richmond Business Association had objected to the plans, highlighting that the development would end agricultural production on land, most of which had been graded “best and most versatile”.

They also raised concerns over aggravating congestion on the Catterick Road and claimed most of the business park workers would need to travel there from outside the area as local unemployment was low.

However, the meeting was told the Catterick would create fewer traffic issues than at the A1(m) junction to the north.

Councillor John Amsden said: “The proposed site for traffic is almost straight in off junction 52 and straight back on, whereas if it was at Scotch Corner it would involve lorries going along the old A1 and Catterick Bridge.”

Referring to the concerns raised over developing top quality agricultural land, Coun Amsden added: “We haven’t got any big brownfield sites in Richmondshire, but it’s no different to what’s happening elsewhere in North Yorkshire.”

After the meeting, the developers said the Catterick 52 business park would be aimed at industrial occupiers “to help overcome the national warehouse shortage”.

James Chapman, managing director at Eshton, said: “This is a big step forward for the future of Catterick. The development is a landmark opportunity to attract major investment and employers to the area at a time when other areas of the UK are lacking in their provision of quality commercial space.

“Over the next few months, we’ll be kickstarting the project to ensure that as soon as possible, Catterick is able to reap the benefits of having a site of this scale in the area. Others like it in the North of England have unlocked huge capital and demonstrate how businesses can thrive when provided with the right environment.”

YOUNGSTERS looking to build their future careers in the low carbon sector could be given a step up the ladder after 20 paid scholarship opportunities were announced in Redcar. Darlington and Stockton Times | Business News…

A community campaign to take over and save a cherished village pub is within a few thousand pounds of the target needed to apply to the government for match-funding. Darlington and Stockton Times | Business News…

A contentious scheme to build an expansive industrial hub across top quality farmland beside the A1(M) has been approved after councillors were told it would create more than 1,000 jobs and be best placed to avoid exacerbating congestion issues. Darlington and Stockton Times | Business News…

Owners of an Indian restaurant in Darlington have spoken out after a group of people called to ask if they could have free food in return for a good review. Darlington and Stockton Times | Business News…

Plans have been submitted to convert a pub in remote upper Teesdale into a home and holiday let. Darlington and Stockton Times | Business News…