‘Head of Steam’ is on the route of the original 1825 Stockton & Darlington Railway, and includes significant S&DR heritage buildings and locos. It is based inside the station building at the North Road railway station. 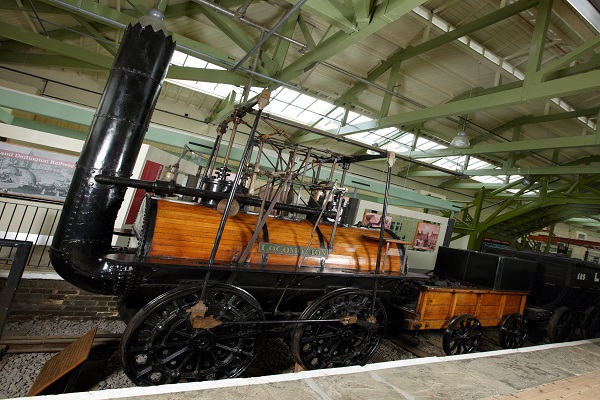 Its exhibits are devoted to the area formerly served by the North Eastern Railway with a particular focus on the Stockton & Darlington Railway and the railway industry of Darlington.

The museum currently has four exhibitions:

Locomotion No. 1 was built by George Stephenson for the world's first public railway, the Stockton and Darlington Railway. It was responsible for hauling the first train on the line on 27 September 1825. It spent many years on display at Darlington Bank Top railway station before finally being put on display in the museum.

No. 25 Derwent was designed by Timothy Hackworth and built by William and Alfred Kitching for use on the Stockton and Darlington Railway. It spent many years on display with Locomotion No. 1 at Darlington Bank Top station before being put on display in the museum.

No. 1463 engine was designed by Henry Tennant and Thomas W. Worsdell for use on express trains. It spent a large portion of its preserved career on display in the original York Railway Museum.

Designed by Sir Vincent Raven, No. 901 was used on heavy freight trains. In the 1980s, it was loaned to the North Eastern Locomotive Preservation Group which restored it to working order. It then spent several years working on the North Yorkshire Moors Railway before its withdrawal. It was put on display in the museum during its refurbishment in 2008.

~Things To See and Do in Darlington. Attractions and Places to Visit~