LINE of Duty’s catchphrases worked their way into the public consciousness like a mole in a police department.

They’ve lost none of their power since – as shown when the cast reunited for the first time since the show was put on hold.

A full video of the event will be available exclusively to our subscribers from 7pm on Thursday, March 24. 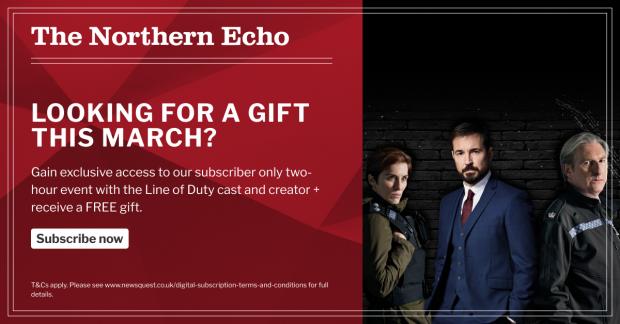 To find out more about how you can watch the reunion please click HERE!

The squad shared fond memories of the show, secrets and laughs – including Dunbar, who was cooking with gas as he perfectly delivered on one of his character’s most famed lines, leaving the audience in stitches.

Talking about a “little box” of catchphrases, Line of Duty creator Mercurio said: “The lid creaks open, it’s handed to Mr Dunbar, and he delivers the catchphrase… there’s one thing. You’ve got to say it for these people!”

Dunbar replied: “There’s one thing I’m interested in and one thing only, and that’s bent coppers.”

Compston hosted his co-stars at the event to raise money for Ardgowan Hospice, which he is an avid campaigner for.

Other highlights included the trio recreating their viral TikTok dance, a raucous sing-song led by Adrian and Vicky revealing which female co-star she would have “happily kissed”.

Martin also told the crowd how he feared he had been killed off after a shock phone call, the secrets behind Ted Hastings’s famous catchphrases were revealed and Gordon put the question on everyone’s lips about a potential new series.

How can I watch the Line of Duty Reunion?

The exclusive video will only be available to our subscribers.

You can pay as little as £1 for your first month and that fee will go directly to Martin’s favourite charity, Ardgowan Hospice.

Martin Compston said: “The money this generates will help to top up what we’ve raised for the hospice, especially with the increase in running costs they are facing.”

Our exclusive recording of the event will be available to subscribers HERE from Thursday, March 24.

Subscriptions can be cancelled at any time.

If you would like to make a further donation to Ardgowan Hospice, you can do so HERE. 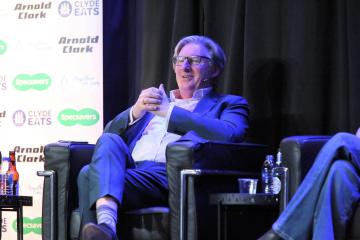 Do you remember who won Strictly last year? What about in 2004? Get the answers and see where they are now. The Northern Echo | What’s On …

GOOD Morning Britain has received more than 50 complaints following an interview with Katie Price. The Northern Echo | What’s On …

The sun came out to play and enjoy the live bands in Darlington’s Market Square for the Music Box festival at the weekend. The Northern Echo | What’s On …

Crowds enjoyed a singalong during a Bank Holiday weekend performance of Kynren – An Epic Tale of England, last night (Saturday, August 27) at 11Arches, in Bishop Auckland, County Durham. The Northern Echo | What’s On …