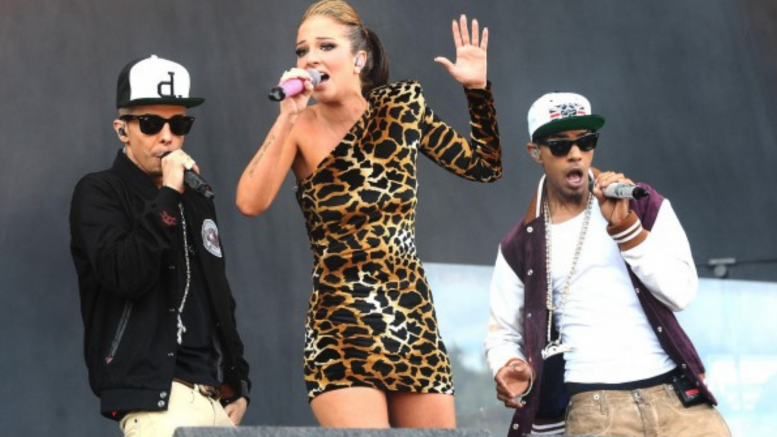 IT’S the news hip hop fans have been waiting for, the long-awaited reunion of N-Dubz.

The group has confirmed they will be getting back together for an arena tour later this year along with a new single on the way.

Dappy, Tulisa and Fazer took to social media to tell their fans the good news revealing their new song Charmer would be released on Thursday, May 19.

A 40-second video shared by group members showed a helicopter flying over London with the trio later emerging on to a landing strip.

The group originally announced plans for a two-year hiatus to focus on their solo careers in 2011 but have not released any new material since.

N-Dubz tickets: On sale with Ticketmaster

Tickets for N-Dubz November 2022 tour go on presale on Thursday, May 19 and then on general sale the day after on Friday, May 20, via the Ticketmaster website.

According to the Ticketmaster website, to access presale tickets you usually need a password or a secure link – these passwords are usually sent to exclusive members of fan clubs or customers of a particular company like O2 or American Express.

It also states presales are usually sold from a separate allocation of seats, which may not be the same as the tickets being released to the general public.

While this gives you the chance to book before the general release, it doesn’t necessarily guarantee better seats. When an event is really popular, how close you are to the stage sometimes comes down to the luck of the draw.

The group will be heading all around the UK during their 10-date tour later this year.

Recreate Luca and Jacques’s varsity jacket look for yourself with these perfect pre-loved options. The Northern Echo | What’s On …

AS the news comes that Arqiva spent £40 million trying to restore services after the Bilsdale TV mast fire – we’ve had a look at how events unfolded after the incident according to Ofcom. The Northern Echo | What’s On …

Now a familiar fixture in the summer calendar, Kynren – an Epic Tale of England, storms through 2,000 years of history in just 90 minutes The Northern Echo | What’s On …

THIRSK town centre has been adorned with a stunning display of crocheted tableaus to celebrate the Queen’s Platinum Jubilee – and visitors are calling it the Yarnbombers’ best display yet. The Northern Echo | What’s On …